The Swedish Transport Administration has not had sufficient control of its research funds, shows the Swedish National Audit Office audit. The deficiencies include risk analysis, administrative procedures and management of taxpayers’ money. 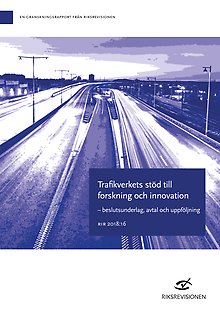