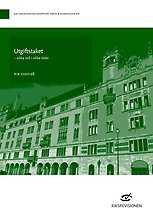 Joint report on the parallel audit of Medium-Term Budgetary Frameworks